Contact Us For help or advice call us today!
Home » Blog » Flawed Court Website. Was your divorce settlement affected? 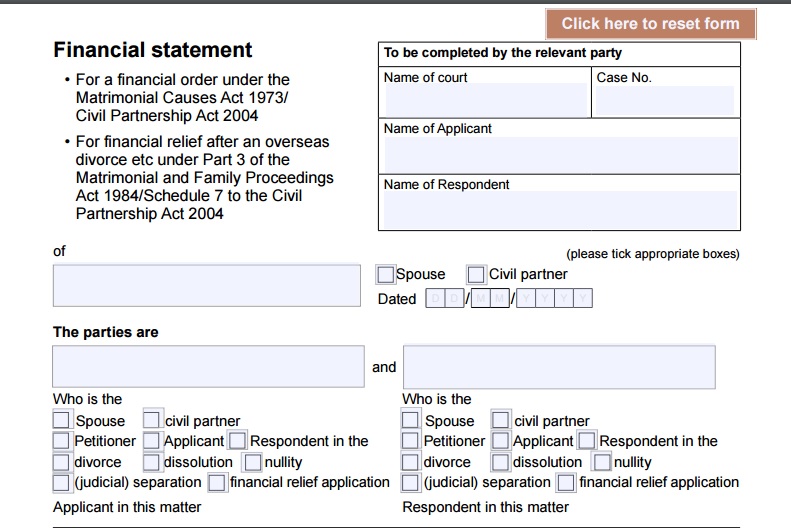 News has broken today that the  Form E financial Statement for use within financial proceedings in divorce and dissolution cases,  available on the Government’s website, had a software fault which resulted in the addition and subtraction feature giving incorrect answers.

This has raised fears that people  who used Government’s version of the form, and who then relied on its calculation to work out the total net assets, could, as a result, have ended up with an inappropriate final settlement.

This issue is most likely to affect people who dealt with their divorce settlement without a solicitor. Marjorie Taylor, Head of Family Law explains “At FDC Law we have never used the version of the form provided on the court’s website, so this glitch would not affect any forms we have prepared for our clients. In addition, we would of course always review and check the Forms E sent to us by or clients’ spouses, so any errors would be caught before any settlement was discussed. Most other solicitors will do the same”

The issue would only cause problems where people have relied on the calculated totals, rather than looking at the value of individual assets and liabilities.  “The form is very long, and where people were not represented, they are perhaps more likely to have  relied on the summary shown in the form at s.2.20, rather than  having checked  the figures in the summary against the individual sections and the supporting documents, and this could result in decisions being made on the basis of inaccurate information”

The faulty form was available on the Government website from April 2014 until the fault was flagged up this month.(Court website notice here)

If you reached a financial settlement within that period, particularly if you and your ex-spouse were both unrepresented or if either or both of you used the form E from the Government website you may have been affected by the fault. If you are concerned that that may be the case, contact our Family Department for advice.